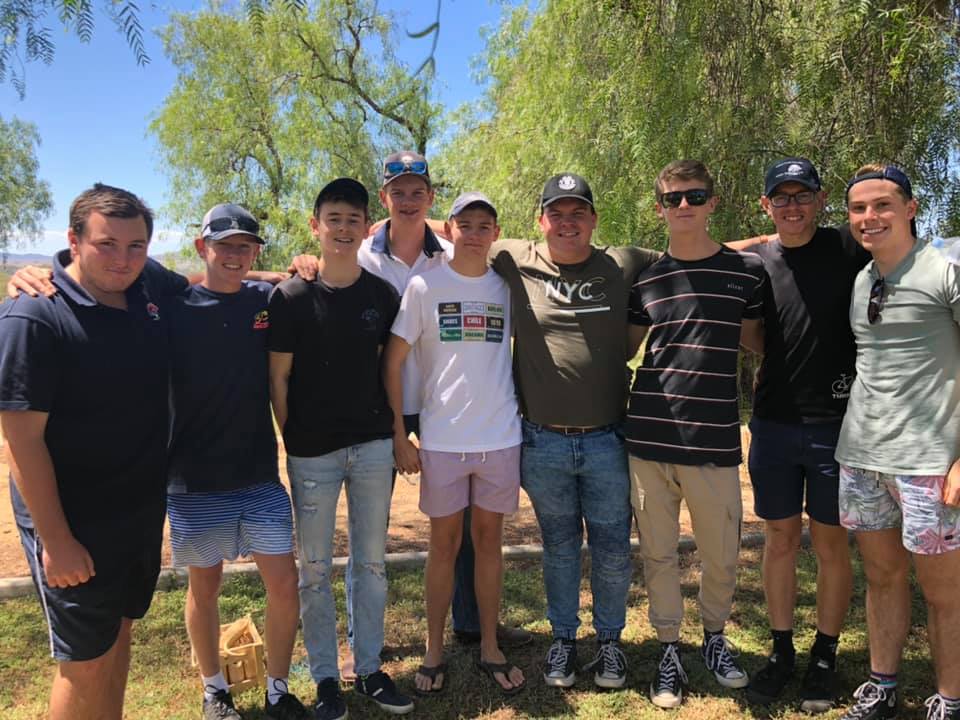 Today WTAW founders Pauline and Hilton Carrigan threw open the doors to their beautiful home and garden to host our student leadership team and their families for lunch and for the students to share their plans for improving wellbeing in the five Upper Hunter high schools.

The students, as always, were impressive. They spoke of developing initiatives to create meaningful relationships between students and teachers and between older students and younger students, to make each student feel like they belong, that they are valued and they are heard.

They have plans to implement things like Forgiveness Fridays (acknowledging hurts caused), Thankful Thursday (offering appreciation for those who make their lives better) and Trashy Tuesday (where they clean up their school so that it becomes a pleasant environment to spend time in).

They spoke of wanting to create a ‘Ripple Effect’ so the importance of actively pursuing wellbeing and talking about mental health becomes the norm for students in their schools.
And they talked about creating a better future place by raising funds and taking action for issues that are important to them.
We also really loved hearing from those closest to the students – their parents – about the impact this programme has had on their children and what greater knowledge about wellbeing means for their futures.

Donna Mullane wasn’t really sure what was in store when her daughter Emily came home from Muswellbrook High telling her that she was off to Adelaide.
“I didn’t know it was going to be such a great experience but it just reinforced to her what she’s capable of and she has a lot more belief in herself,” Donna said.
“She’s a pretty together kid but like all kids she has her insecurities and she has her moments where she struggles but this has given her the tools to work her way through. Things are going to happen that knock your confidence or cause you to doubt yourself but either by herself or with this wonderful group of friends she’ll be able to work her way through it.”

The story is much the same for Steve McDonald, who has delighted in watching his son Noah (Scone Grammar) flourish since it all began.
“I’ve just seen Noah growing within himself and growing within a broader community of students,” Steve said.
“He’s been learning about teamwork, about leadership and about making a difference and doing what’s right.
“I don’t have enough praise for this programme. It’s been great for their own school communities but also for the whole Upper Hunter to see them working together, to see them getting along and talking about things that will make a difference going forward.
“These kids really feel for one another and they support each other. If something happens with one of them, they’ll make contact and check in and say ‘how’re you going’. And that’s a really good life skill because there are ups and downs and you don’t always know how people are going. Some people can put up a façade but now these kids have got the skills to break that down and they feel comfortable talking about different things.”

The experience has also had a significant impact on the relationship between Steve and Noah.

“We can talk about just about anything. If there’s a problem or concern, we just open up and say it because life’s too short. Don’t bottle it up. We had a great relationship before but I think it’s even stronger now as a result of this programme.

“We were just having a conversation in the car the other day. Noah was telling me that mental illness and anxiety is the third largest killer in Australia and it’ll soon be number one. These are the sort of things we have discussions about now and for me as a parent it’s very fulfilling.”

Hearing those stories was also very fulfilling for the team at WTAW and we hope that the community that supports us also shares in this glow because these are the kids that will drive change and help shift the stats around mental illness in the Upper Hunter. We are in good hands!